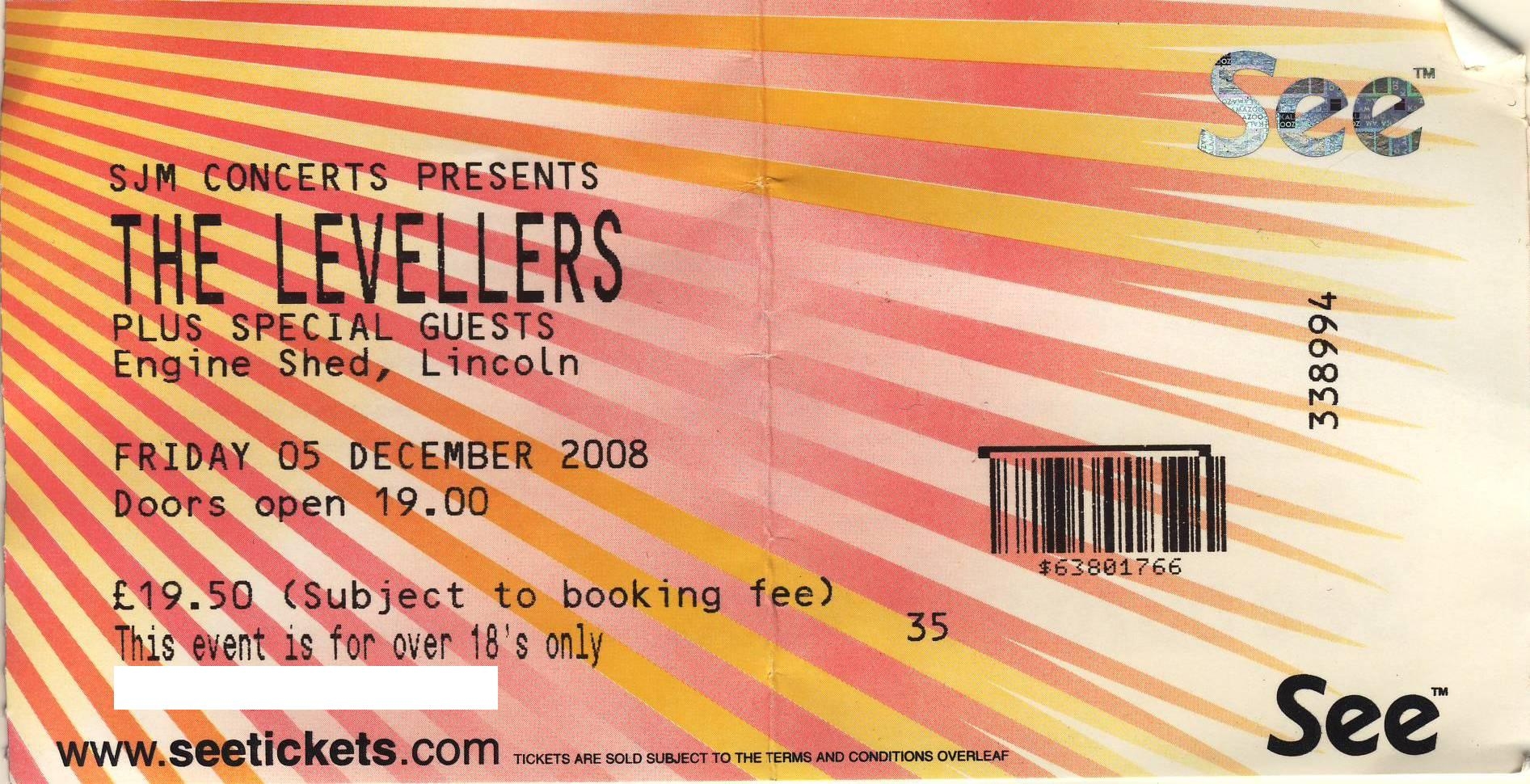 Having ended up on the wrong side of the River Witham I missed Frank Turner, but arrived in time to grab a drink before Divokej Bill appeared.

With what seemed to be an infinite number of musicians (well, eight at least) and a bass guitar that tested the eardrums, Divokej Bill pounded through their rock/folk/country/nu-metal cross-over repertoire and managed to keep the attention of the majority of the audience for most of their set.

I failed to catch any of the track titles, but most bounced along nicely and the last number they played with the “Alcohol” sing along chorus went down particularly well.

Lots of foot stomping, lots of fiddle, lots of bass, a banjo and an accordion. If you like this sort of thing you’ll love Divokej Bill.

At about 9:30 the Levellers appeared on stage started with Belaruse and then pounded through a set list that showcased their recent album, Letters From The Underground, and mixed in some old favourites too. From the new album we were treated to the gorgeous Before The End, Death Loves Youth, Burn America Burn, plus storming versions of The Cholera Well and A Life Less Ordinary.

The band seemed to be in excellent spirits, Jeremy pounding round all of the stage with his bass and swapping sides with Jon, on fiddle, over and over again. Boaksey appeared with his didgeridoo and Mark introduced the next number as “Anything could happen next…” and the lights showed up Baoksey’s face paint to great effect.

Simon, sporting a black Beanie, led us through Eyes Wide, Fight Or Flight and 100 Years Of Solitude, which sat nicely in its new position in the set list, before Dirty Davey really got the crowd going.

Mark forgot some of the words to Another Man’s Cause, and the band fought their way bravely through until he got back on course, but he was trying to stop two crowd surfers from being man-handled by the overzealous Engine Shed security men at the time. The set ended with a punchy version of The Riverflow, I think, but it had all got a bit sweaty and hectic by the end and my memory may have failed me.

A good gig, slightly marred by a, at times, less than attentive crowd who spent some time chatting amongst themselves, mainly during the songs off of the new album, which they were perhaps unfamiliar with.