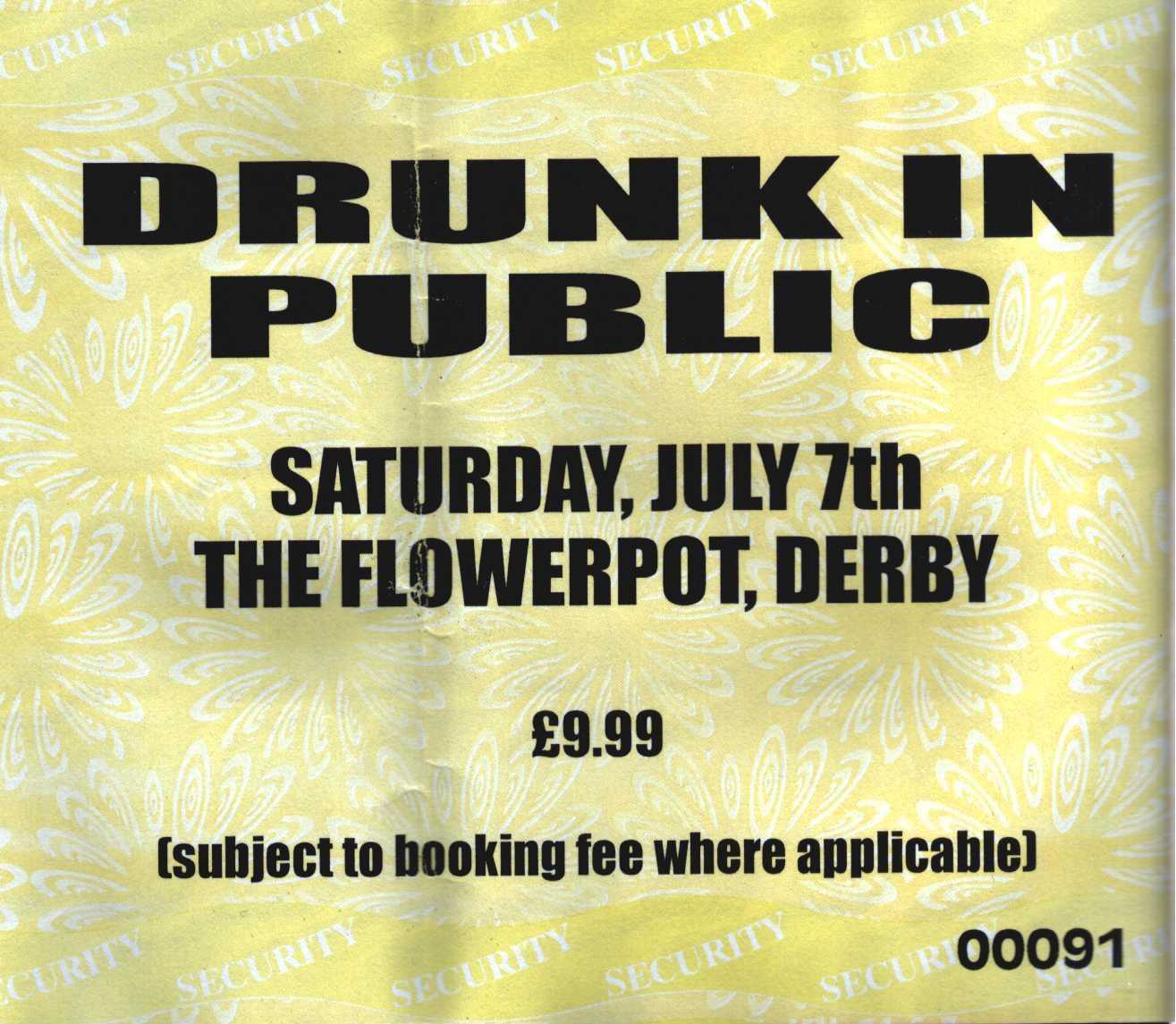 Years ago (when i was young) you used to be able to go and see your favourite band in a very small venue and have an excellent time for very little money. Drunk in public were that band. Or at least the levellers were and thankfully some of them recreate those long ago nights by touring occasionally as drunk in public. This appears to be something of a summer holiday for them and everyone ends up very drunk and (not necessarily due to the alcohol), a great time is had by all.

Drunk in public are mark leveller, rev hammer, simon leveller and jon leveller (at least that’s what they called themselves on rev’s classic album “industrial sound & magic”). The show consisted of a very small stage, in a very small room, with 4 stools on it. Sometime in the evening the band appeared and launched into a load of old and new levellers numbers, mixed in with some classic rev hammer tunes. Sometimes mark sang, sometimes simon sang and sometimes rev took charge. At half time they had a short break of about fifteen minutes and they came back to much applause to continue the show.

On a night like this, i find it impossible to remember what songs they played and in what order. Suffice to say that any set which contains “cardboard box city”, “social insecurity”, “down by the river ‘o'”, “the ballad of robbie jones”, “dirty davey”, “punchdrunk”, “is this art?”, “far from home” and “one way” is going to be a fantastic night out. This it proved to be.

This was an absolute classic of a gig and an experience i thought i would never appreciate again, after the levellers “made it big” (anybody remember the derby dial acoustic gig when jeremy had a broken arm and the bus broke down!)).

Thanks guys, and please keep coming back.